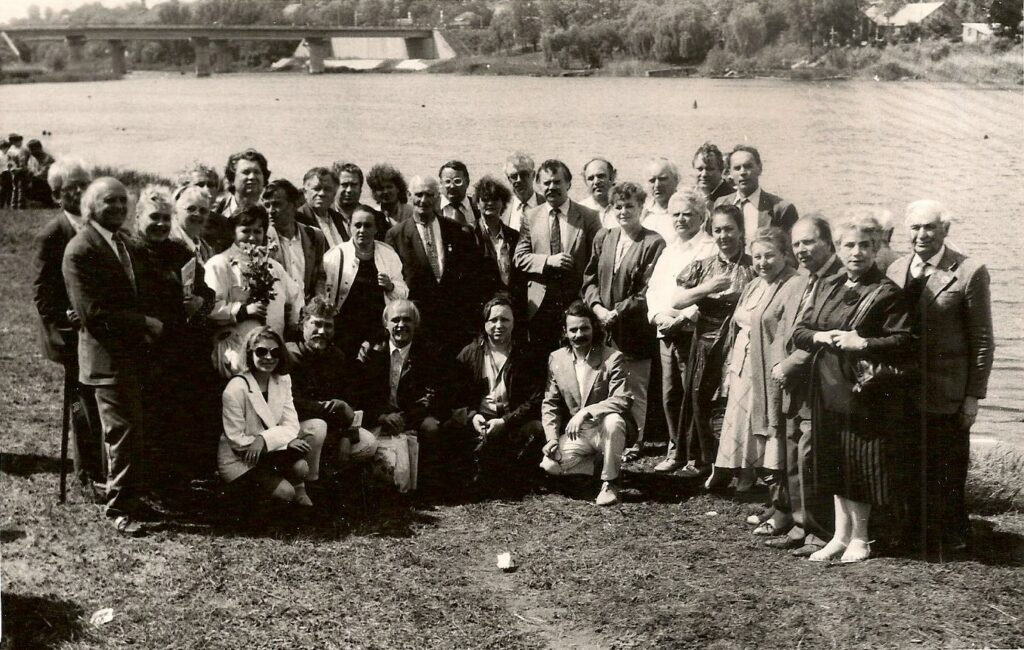 The formation of the Union was preceded by various “communities”, associations, factions, societies, they began their creation in the first half of the XIX century. The revival of artistic life in Ukraine during the nineteenth and early twentieth centuries, the formation of regional art schools – Kyiv, Kharkiv, Odessa (as well as Lviv and Transcarpathian), the opening of the Ukrainian Academy of Arts in 1917 (later the Kyiv Art Institute, now National Academy of Fine Arts and Architecture) as the highest Ukrainian Educational artistic institution – these are the prerequisites for the consolidation of artists in a single creative organization.

On September 7, 1939, the SNK of the Ukrainian SSR approved the Statute of the Union of Soviet Artists of Ukraine. The charter defined the status of the union as a voluntary organization uniting the workers of fine arts on the territory of the Ukrainian SSR (painters, graphic artists, sculptors, theater artists, folk art masters), as well as persons conducting research and critical work in this field. Her purpose.

The national status was awarded in 1998.